Home > Archaeology > VIDEO> Behind The Scenes with Barris Kustom

VIDEO> Behind The Scenes with Barris Kustom 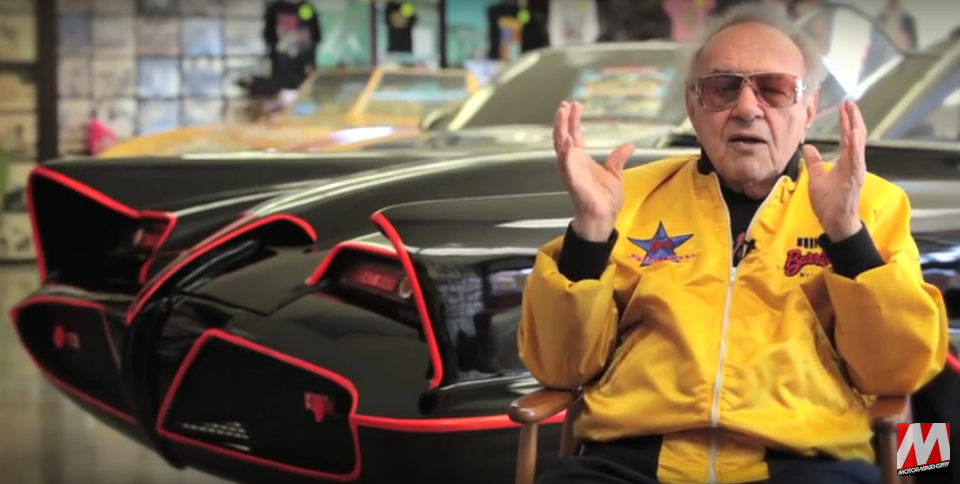 As the reach of our automotive website continues to expand, the MotorMavens Crew and I have been fortunate enough to attract tons of new and exciting opportunities – they seem to just fall into our laps! You can only imagine how shocked I was when I received an email from the good people at SPEED Channel, saying “we’d love to chat with you.”

As the biggest cable network with automotive programming, SPEED is obviously huge – I’ve been watching various forms of racing on SPEED Channel for years. I had no idea that they were even aware of MotorMavens! I was definitely excited to speak to them on the phone.

Although SPEED Channel is headquartered in Charlotte NC, they are constantly filming shows in Southern California. During our phone call, I discovered that they were actually filming their newest TV program, Car Warriors, only 10 minutes away from where I live! They suggested that we come out and visit, so I invited our lovely Motormavenette Samantha Totem to come out and spend the day hanging out on set with me while they were filming – cool! When the cameras stopped rolling, the very first person we were introduced to was none other than George Barris.

Even if you’re too young to recognize the name ‘George Barris,’ you’ve undoubtedly seen the cars he has created. As the automotive legend behind Barris Kustom Industries in North Hollywood, George Barris has created some of the most iconic cars in movie and television history – the original Batmobile from the Batman TV show with Adam West and Burt Ward; the General Lee from Dukes of Hazzard; KITT from Knight Rider; the original A-Team van; the DeLorean time machine from Back To The Future; the Munsters hot rod; and many many more.

As we got ourselves acquainted in between filming, Mr Barris invited us to visit him at his shop, which is like a museum of famous movie cars, toys, and Hollywood memorabilia. How could we pass that up?! I decided to try my hand at shooting a short interview with him, which was expertly edited by Travis Hodges because I don’t even know how to use Final Cut yet! (haha! It’s true. I’m working on it.)

George Barris has accomplished so much in the automotive and motion pictures industries – it’s no wonder he has soooo many incredible stories! We just couldn’t fit them all onto this video (it’s already much longer than the ones we normally post), so you’ll have to tune in to Car Warriors on SPEED every Wednesday night at 9pm to get little snippets of the awesome stories he tells!