The “test track” in the video is an EVOC facility in San Bernadino CA, which is actually an Emergency Vehicle Operations Center used by the California Highway Patrol for training. However, we’re pretty sure that the CHiPs don’t get drifting training yet. And certainly not in a vehicle as stylish as Calvin’s S15 Silvia, his 2009 Formula D competition car that we’ve seen previously in red and yellow and black and yellow liveries. You know which liveries we’re talking about, right? 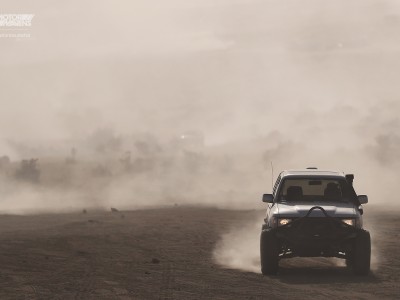