To be completely honest, up until earlier this year, I knew next to nothing of KP Race. I knew it was an auto shop located somewhere in Washington (With names like Snoqualmie and Skookumchuck, the towns all seem to blend together in my mind). That was, until I received a call from a guy who goes by the name of “Victor Moore.” Hey, I’d have an alias, too, if I were him. Don’t worry, your secret’s safe with me, Tiger. Haha! Anyway, the conversation consisted of a request to travel the US with Victor, Chris Jeanneret, and Matt Brandow as they work their way up the Formula Drift Ranks in 2010. How could I resist?! Free rides all over the country and food along the way! Say no more; I’m in!

Traveling with these fine young gentlemen took me back to a simpler time in life. A time when all that mattered was having fun. A time when you jumped in a 1988 Ford Probe and drove all day, just to bomb a hill in San Francisco or skate a new park in Vancouver, BC. From late night In-N-Out runs, to shenanigans at Hooters in Long Beach, drifting was far from the best part of the journey, for me. That’s probably why I love it so much! Just like skateboarding in my younger years, drifting has given me the opportunity to meet literally hundreds of new people who share a common love.

This video documents the adventures of KP Race as they fight for the Formula Drift podium. Despite a privateer budget and terribly timed mechanical failure, these guys are always upbeat and having a good time. Don’t get me wrong, though. These guys are seriously dedicated to the sport and have the drive and motivation necessary to reach the top. Expect to see plenty more of KP Race in the 2010 season! 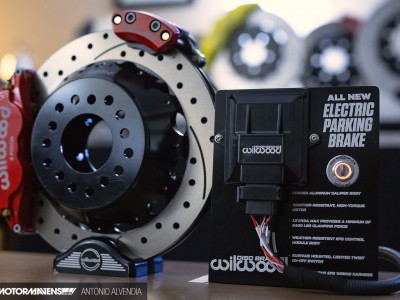