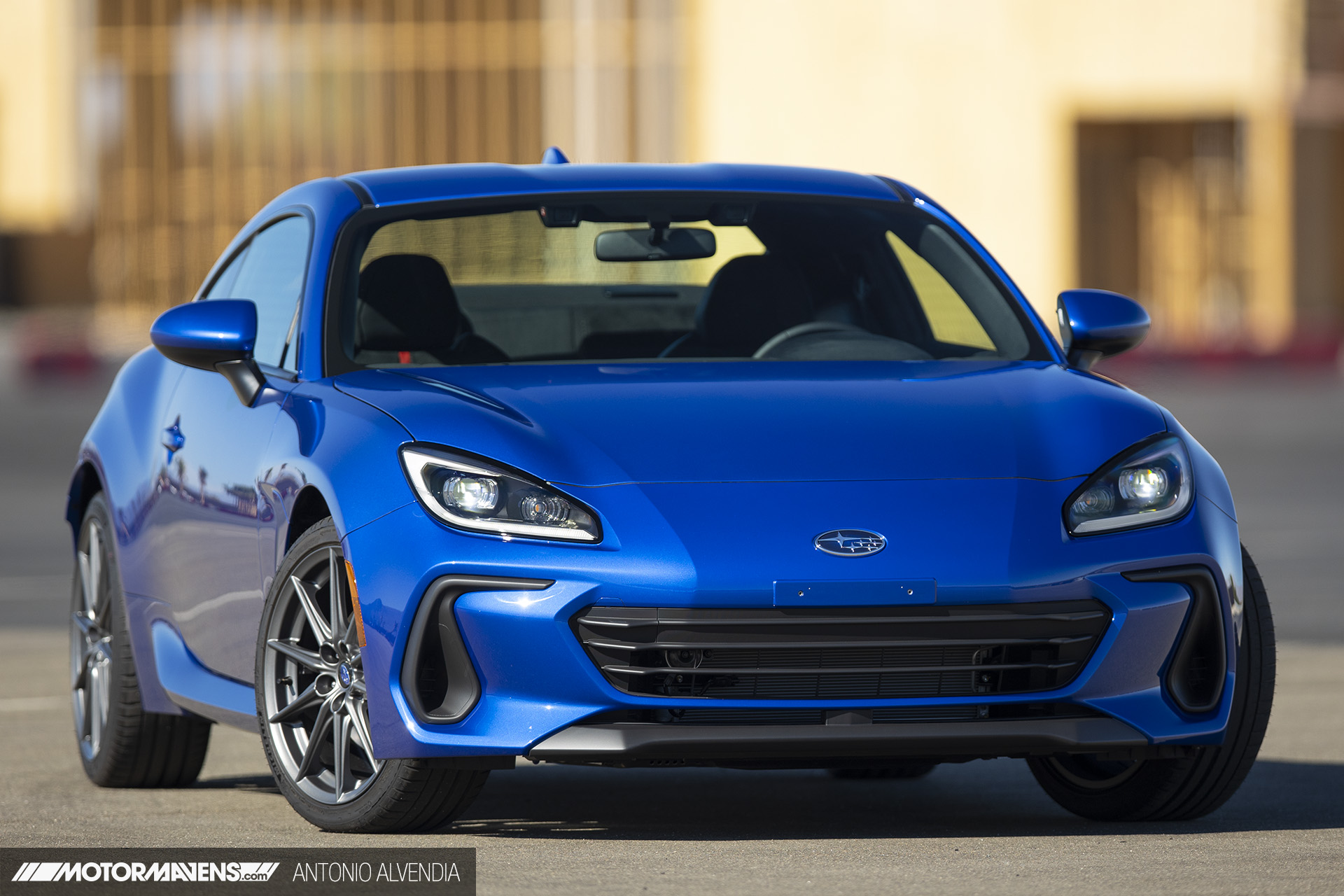 We were excited to get a sneak peek at the 2022 Subaru BRZ yesterday at the exclusive unveiling for invited members of the automotive media. Held at the Thermal Club in Southern California, Subaru decided to hold this special event in lieu of the presentation they originally planned for the LA Auto Show, which was unfortunately canceled due to COVID-19.

While fans have already been circulating some of the leaked images and speculative renderings of the new BRZ, we had to admit the pre-production example of the BRZ looked striking in Subaru’s signature World Rally Blue.

Some of the new changes we liked included the newly redesigned hood and front bumper, which come with functional air vents and a satin black front lip. The BRZ’s new headlights come with LED projectors, with auto leveling features and a subtle BRZ logo on the corners. 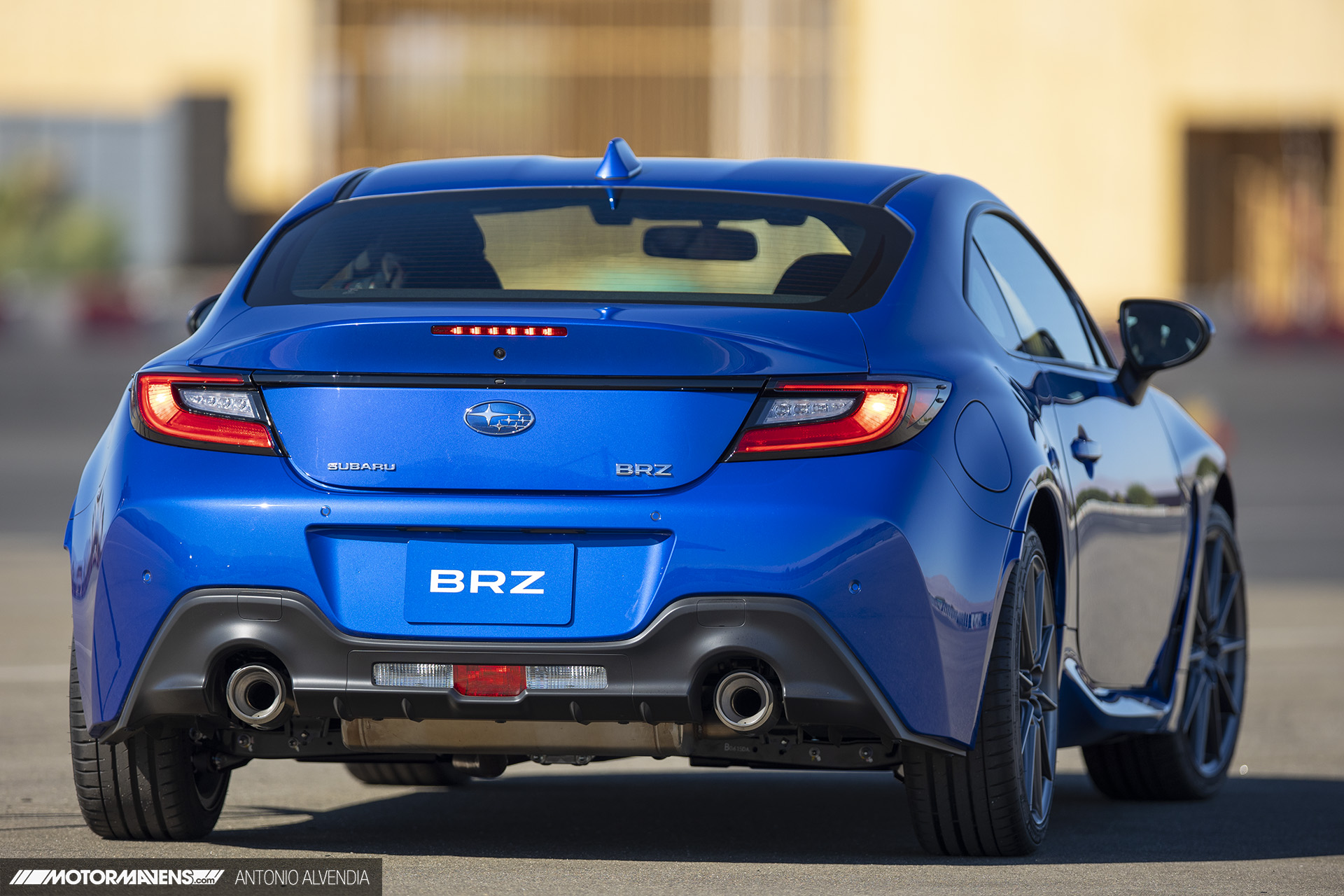 At the rear, the 2022 Subaru BRZ still has the familiar dual exhaust and low mounted reverse lights with gunmetallic plastic surround, but the trunk has been completely reshaped to include improved accessibility and an all new set of tail lights, which some fans have said look like a cross between Acura NSX and Aston Martin tails. The bold new tail light design includes a black plastic centerpiece that links the left and right taillights, which gives a cohesive look to the rear end. The centerpiece also includes the black rubber trunk release button, in easy view.

Sitting right above the new trunk lid is a subtle, elegant duckbill rear spoiler, with integrated LED brake lamp and a rear view camera. The integration of the brake lamp and camera might pose a bit more difficulty for people who are looking to just bolt on an aftermarket wing, but we’re sure there will be tons of companies offering viable options to relocate or swap-in the rear facing camera and brake light to whatever new wing design they come up with. 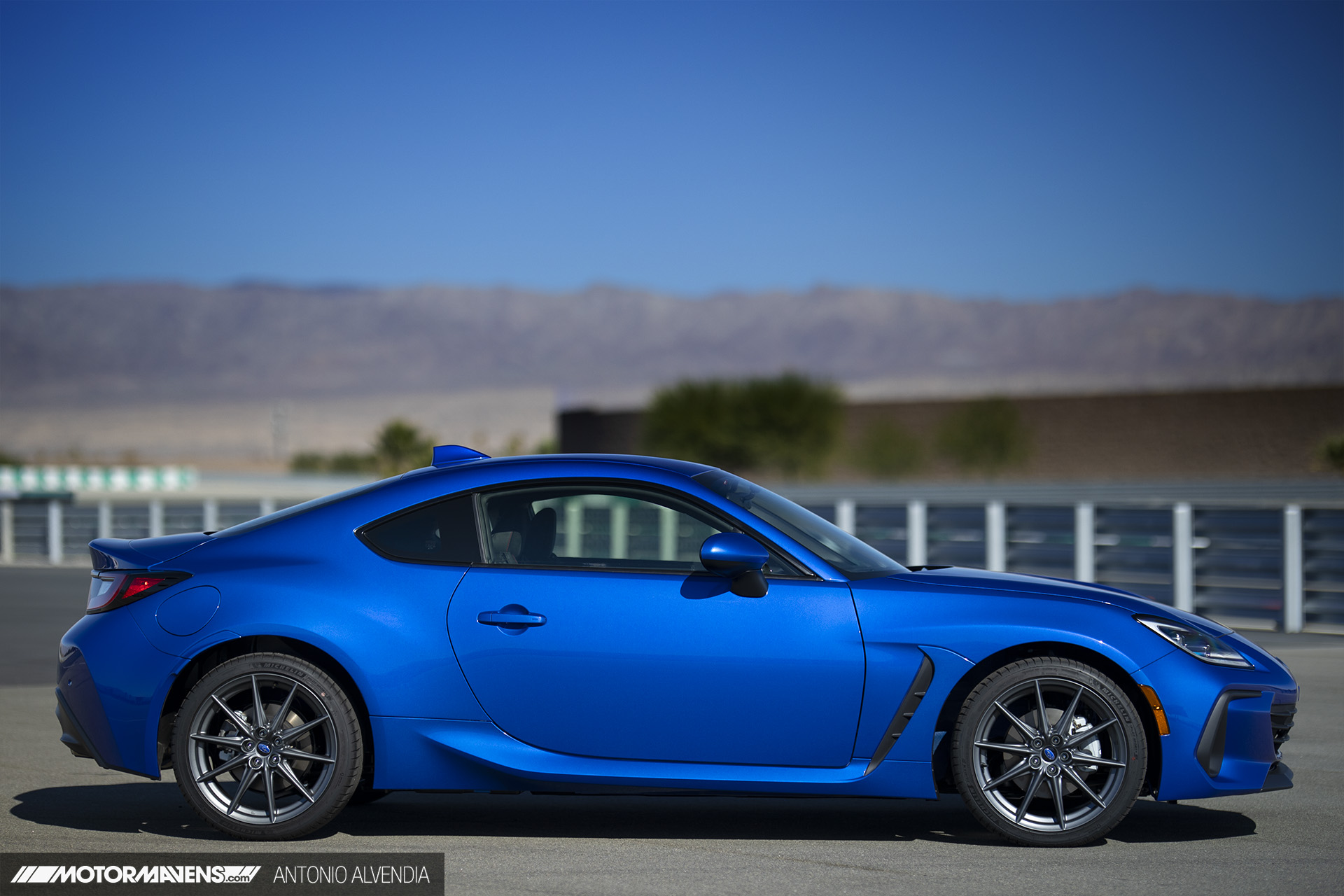 The side view of the car reveals the bold new body lines on the 2022 BRZ, with hard body lines starting from the front bumper, continuing into the vented front fender, and even the door. The vented aero front fenders are completely functional, and help to hold the BRZ low to the ground with additional downforce by relieving the high pressure areas underneath the front fenders. The subtle relocation of the front corner lamp is also an improvement; those who plan to lower their cars with aftermarket suspension will be happy about the corner lamp moving lower on the front bumper, because owners of the first generation ZC6 BRZ usually have a problem with the corner reflector popping off the bumper because of contact with the tire when running larger diameter wheels and wider tires.

The new BRZ’s lower rocker panel also has a similar hard body line that sweeps up toward the rear fender. 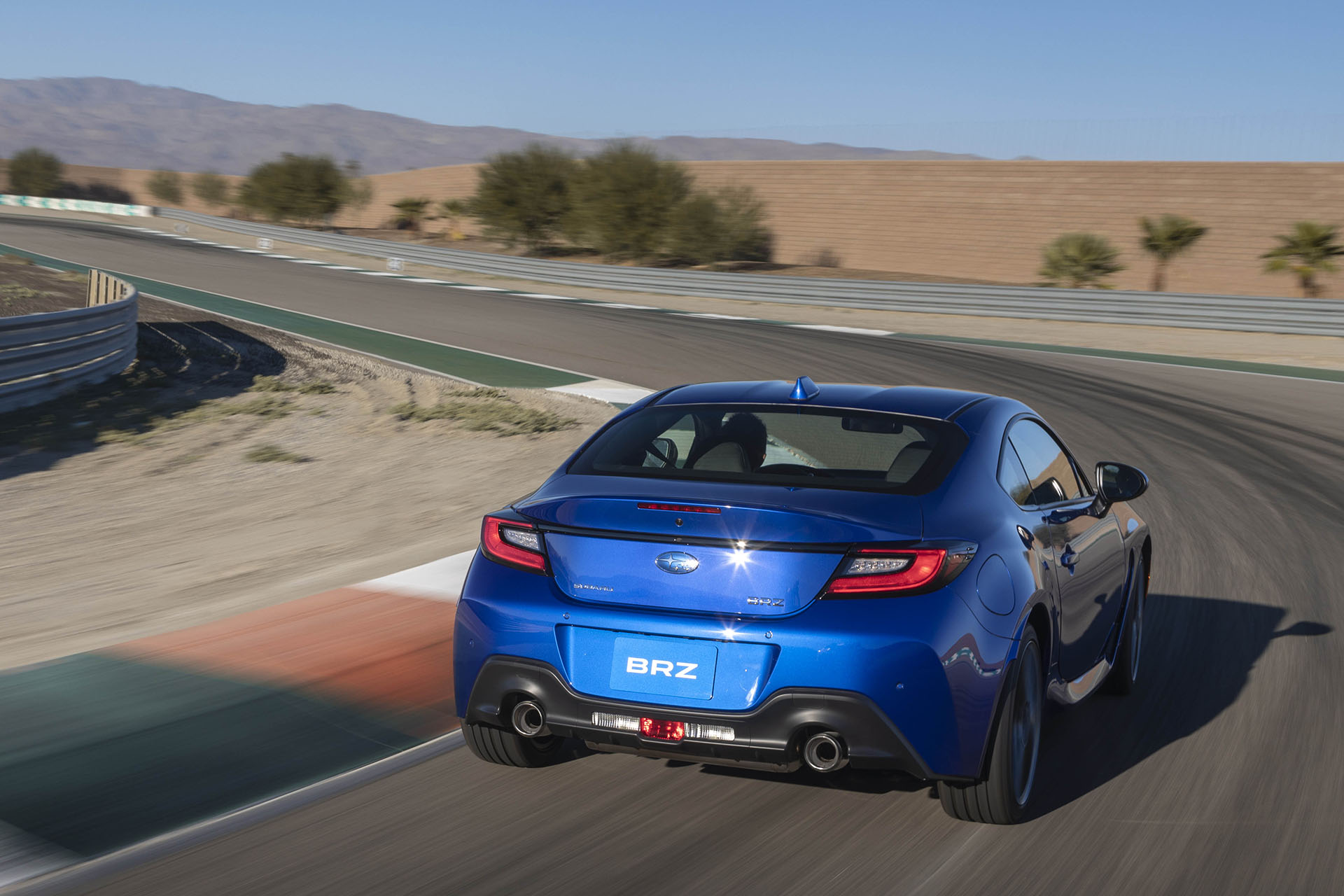 An observant eye will notice that the 2022 BRZ has hips that look wider than the original ZC6 chassis BRZ. According to Subaru’s BRZ project manager Michael Redic, the car has wider rear fenders for a more aggressive look, but the car is actually still the same width dimensionally as the first generation BRZ. 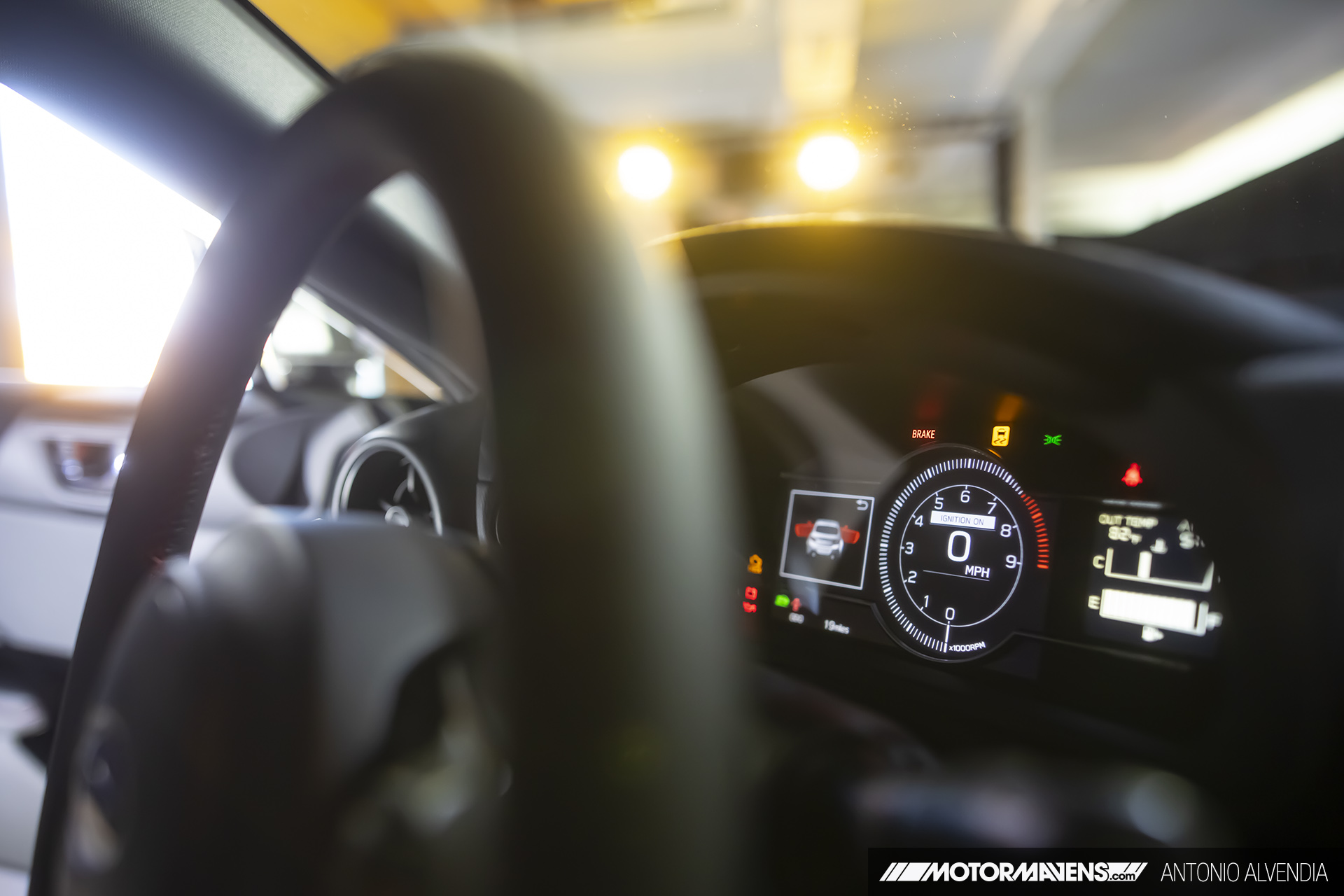 Inside the car, one can’t help but notice the boxer engine-shaped digital gauge cluster. 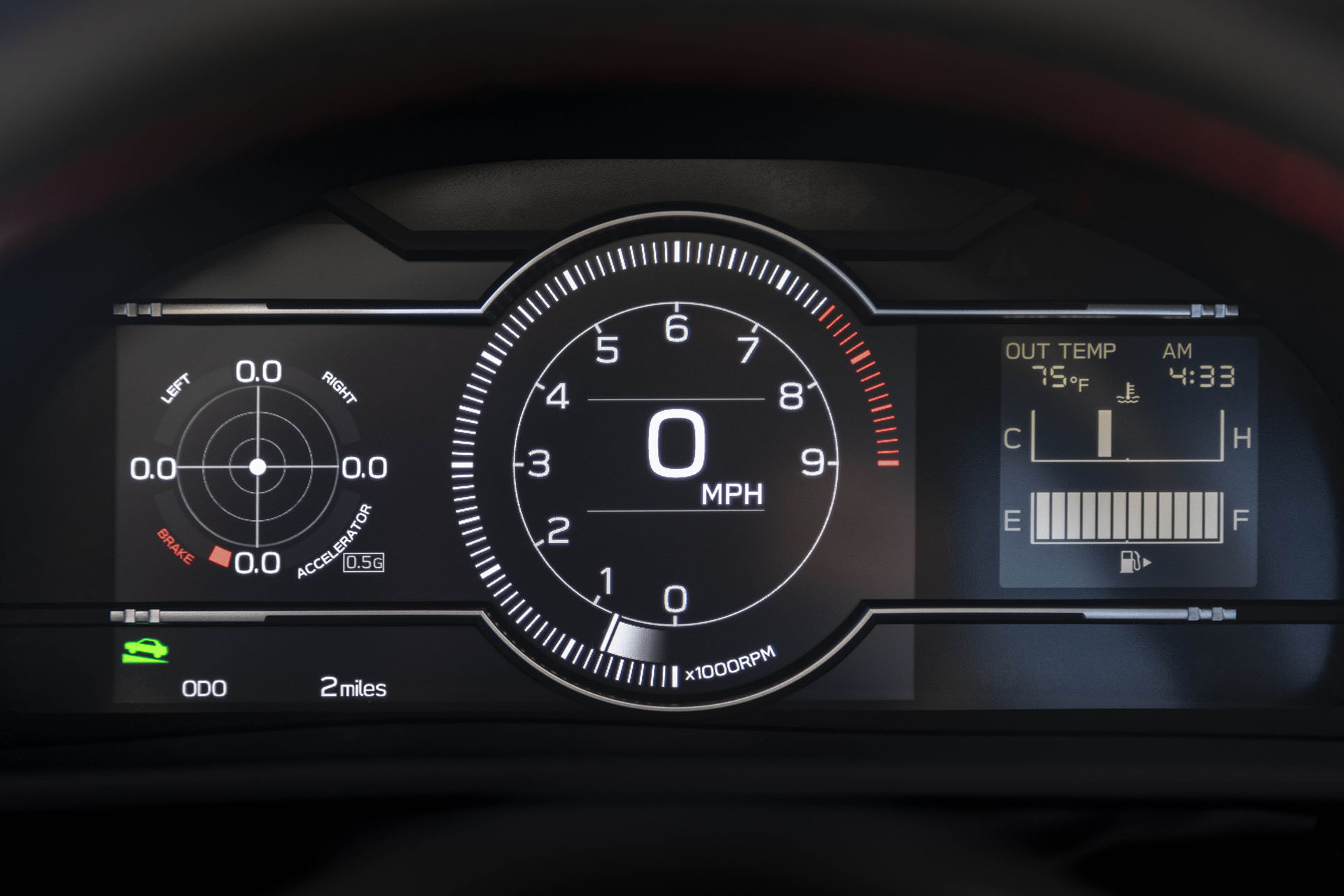 In normal mode, the tach display is round and standard, with a 7500rpm redline and a large digital MPH display in the center. A super cool addition to the 2022 car is the G-meter to the left of the tach! We’ll need to learn more about that when the car is officially launched! 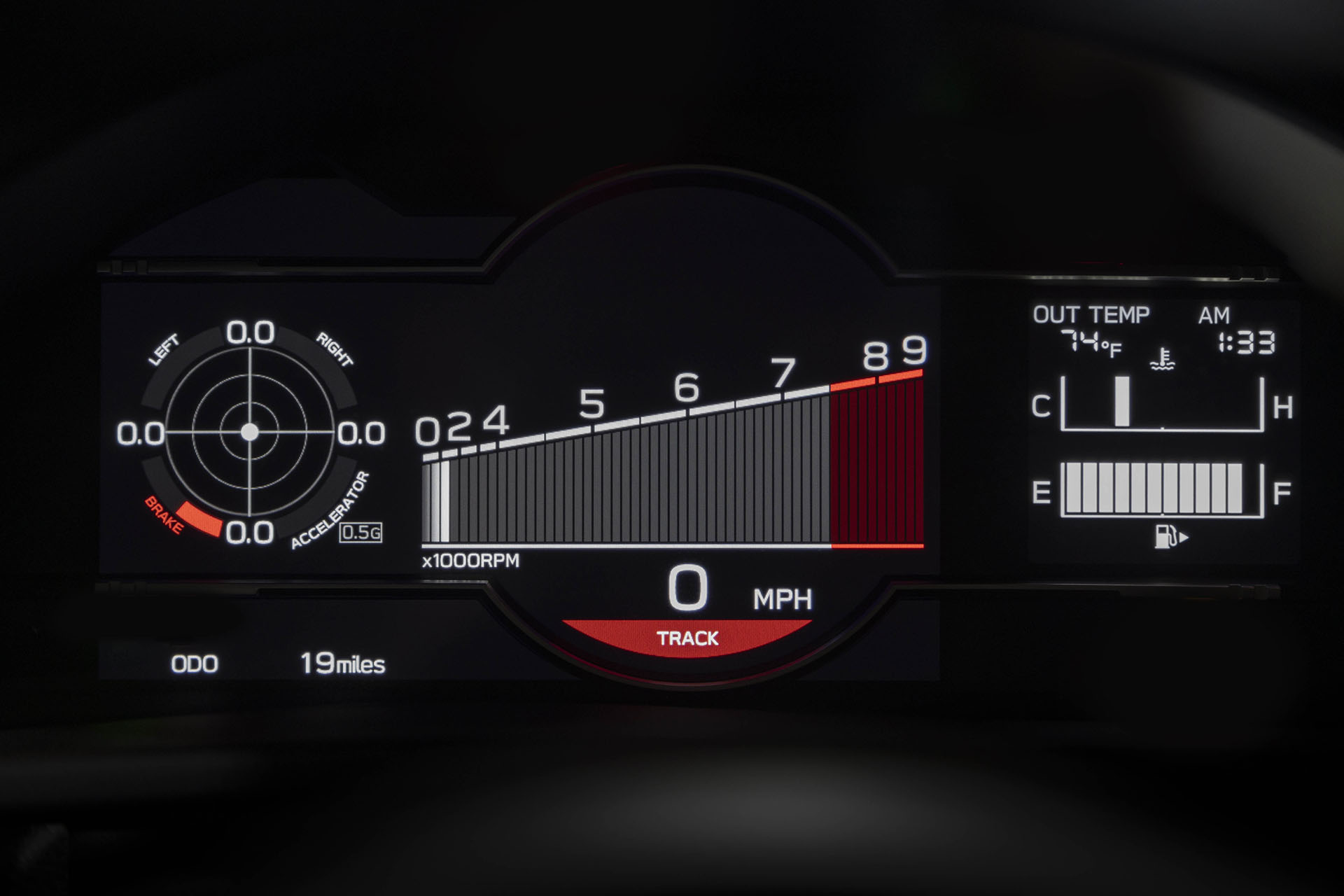 The cluster display changes when track mode is engaged, so the driver only sees the important things you need to pay attention to when driving the car in anger. In this case, it looks similar to the cluster on an S2000, which is great because you can easily glance down to see the RPMs without taking your eyes off the road for too long. 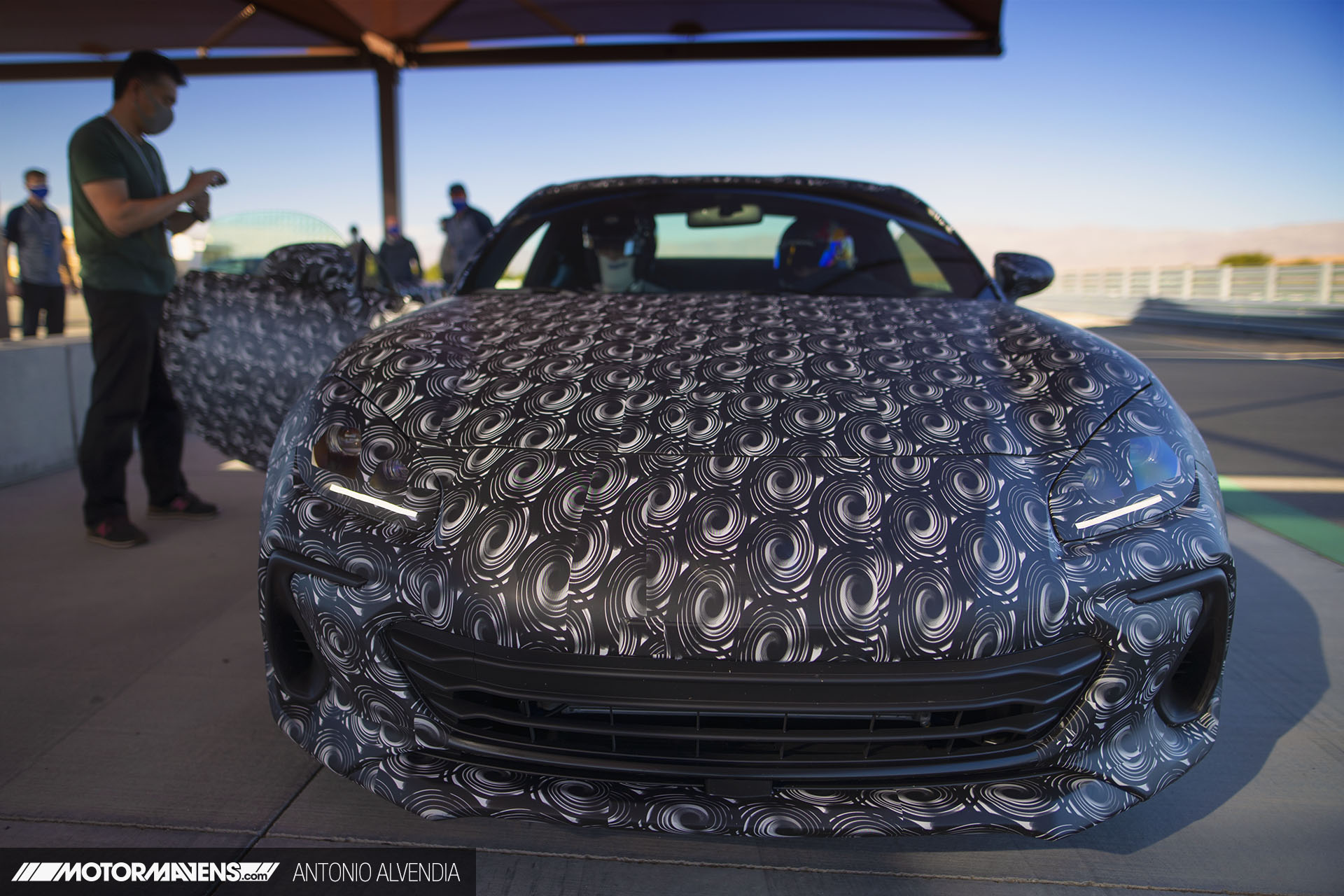 Since the cars on display at the special BRZ unveiling event were pre-production models, none of the members of the automotive media were able to drive the vehicles, but Subaru did us a solid and treated us to some hot laps with Subaru’s team driver from the Global Rallycross Championship (and former F1 driver), Scott Speed.

The ride-along was a super cool experience, because we got to hit the track in a BRZ covered in this cool camouflage test mule livery. 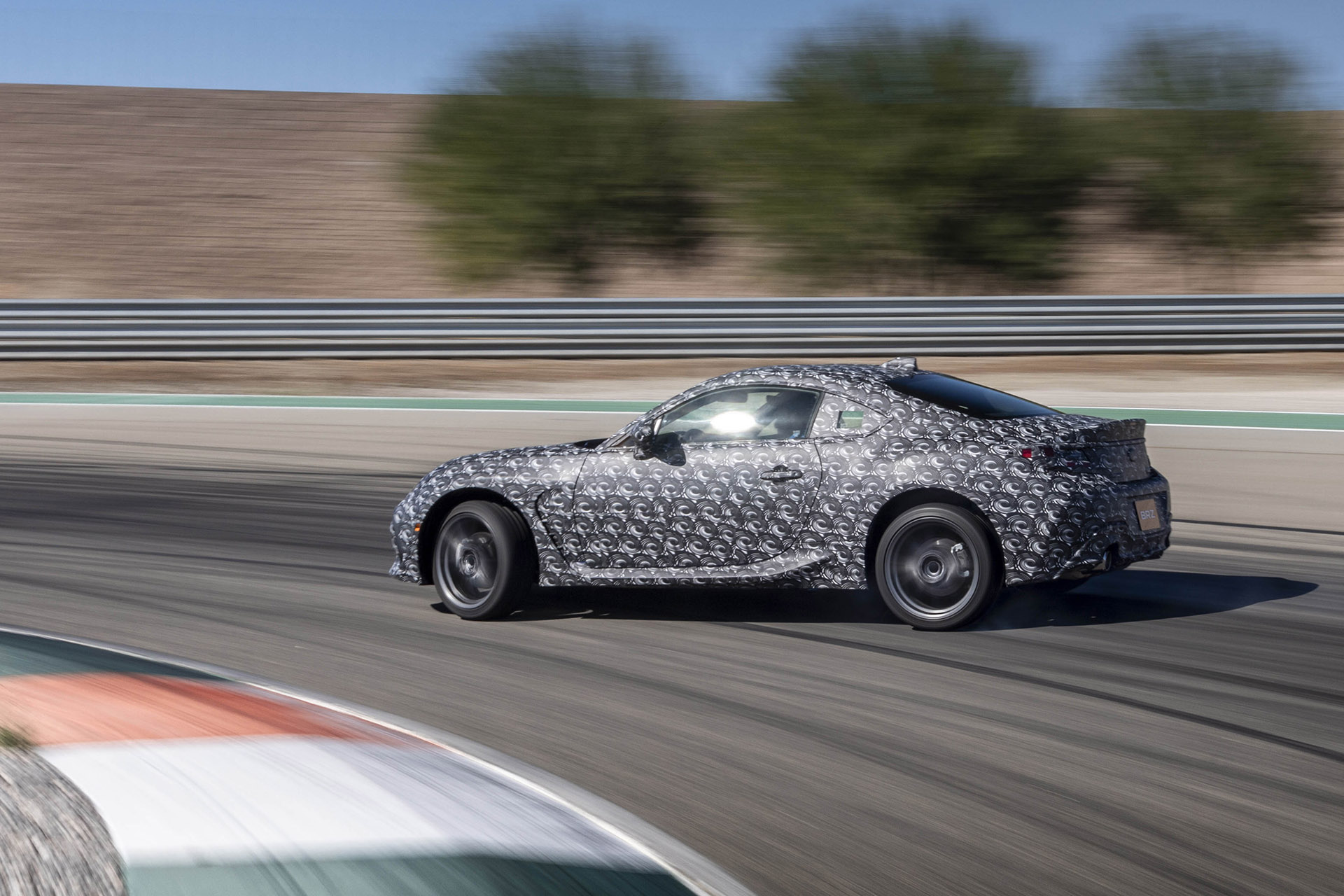 We’re currently working on editing a video for YouTube about the experience, so keep an eye out for that real soon!

The 2022 BRZ looks like it’s real, real fun to drive. This new model has an even lower center of gravity than the original ZC6 Subaru BRZ and ZN6 Toyota 86/Scion FRS, so we can’t wait to test it out on a curvy mountain road or racetrack!