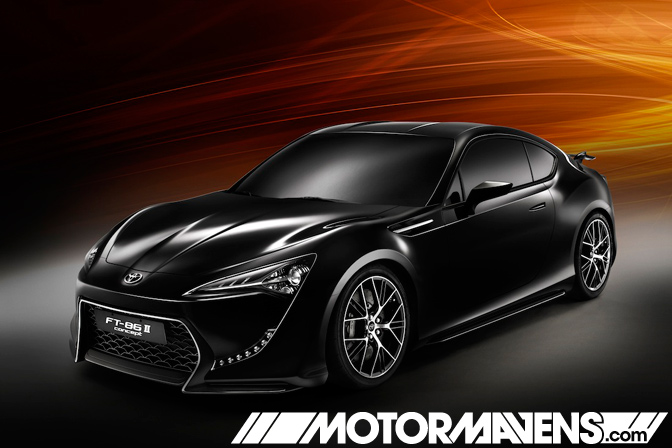 March 1, 2011. Today, on the first of the month, nothing is more important (not even the crazy things that Charlie Sheen has been doing lately) than the latest FT-86 concept. Barely wiping the sleep out of my eyes this morning, I unveiled the FT-86, in my virtual showroom on my laptop scrolling ever so slowly through to page so to remind myself that THIS IS REAL… that I am not dreaming (nor am I as high as Charlie Sheen). 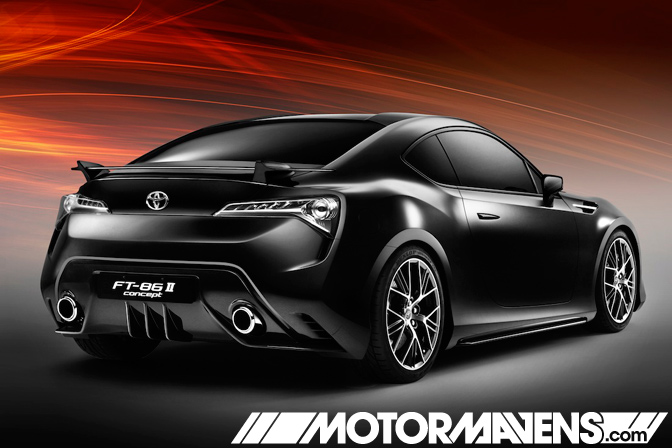 All flames aside, the FT-86 is a hot concept

If you have been hiding in rock crevice like James Franco in 127 Hours, you probably don’t know that the FT-86 is the new unified effort of Fuji Heavy Industries’ Toyota and Subaru to create a new, affordable 2+2 sporty, front-engined coupe. The Subaru version having All-Wheel-Drive (AWD) and the Toyota slated to be produced in Rear-Wheel-Drive (RWD). 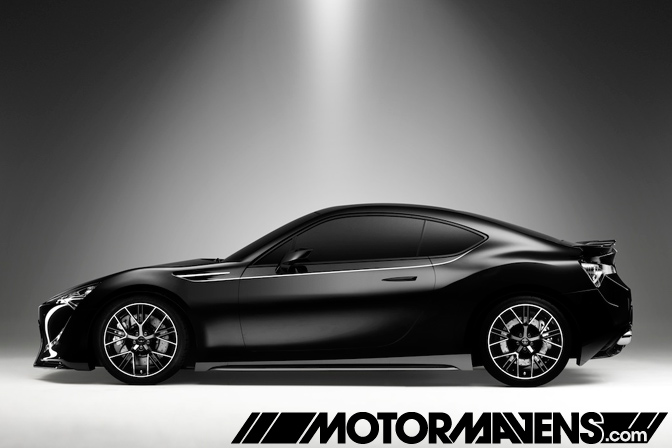 Ever since the first concept has been revealed almost 2 years ago, fan-boys and hardcore gear-heads alike have been paying attention and have been begging for the answer to the question “when will the car be available”? To enthusiasts like us, and our Motor Mavens editor-in-chief, Antonio Alvendia, we have been waiting to see if the fond spirit of Toyota’s RWD sport compact cars of the past from the 2000GT, the Celica and of course our beloved AE86 Corolla made it into the latest reincarnation of the FT-86 concept. 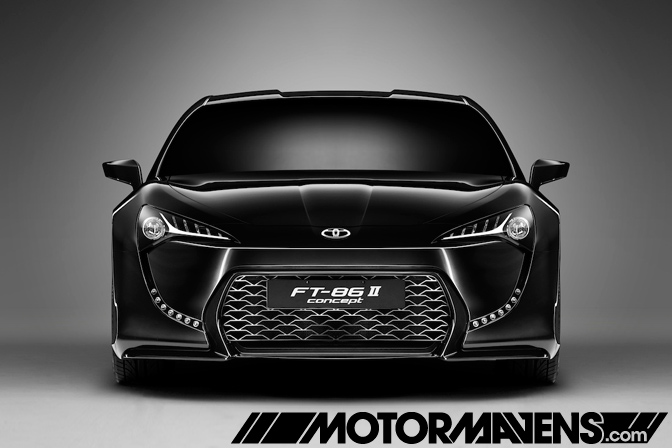 Don't front... this grill is crazy!

Scrolling down some more and letting out a yawn swiftly cut short by the discovery of some videos and even more photos from the Geneva Auto Show of the FT-86 II Concept, my excitement piqued as the sleek lines of the car were revealed. I searched frantically to see if there was some neo-retro design or tip of the hat to the past much like how the domestic car makers have been capitalizing on in recent years. While I was secretly hoping to see a rendition of flip-up headlights, I instead was greeted by gobs of black, carbon-fiber, and LED lighting.

It was confirmed. The FT-86 II Concept is like the Nicki Minaj of today and my beloved “MC Lyte” of an AE86, though dated, still has killer delivery… “cha, cha, cha.” 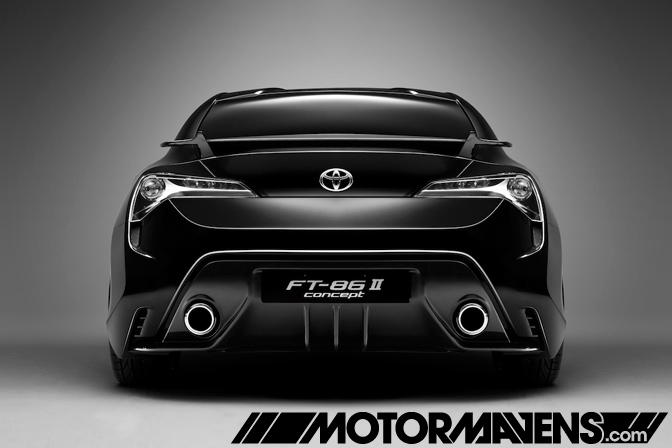 You know I was referring to Nicki Minaj because the FT-86 II Concept has quite the "badonkadonk"!

Just like Nicki Minaj, the latest FT-86 Concept is definitely not for everyone. Purists might scorn the use of unnecessary borrowing of styling cues, the additions and the appendices to the original concept, but the FT-86 II Concept is designated to bring back the excitement in a stable that has been criticized in the past for having a dull, unexciting line-up of cars. Though it is a no-brainer that the FT-86 is slated to be within the Scion lineup, there is no doubt that the edgier styling cues of the current concept takes some risk-taking styling lessons from it’s big brother the Lexus LF-A.

Still, questions about the drivetrain, suspension, the interior, and the all-important weight factor still weighs heavily on the minds of those following the FT-86 development. More importantly, will the additions featured above add to the sticker price when they arrive in showrooms in 2012? What do you think of the newest FT-86 concept?

Stay tuned to MotorMavens as we bring you the latest news on the FT-86 and thankfully, we’ll always have more AE86 coverage as well.