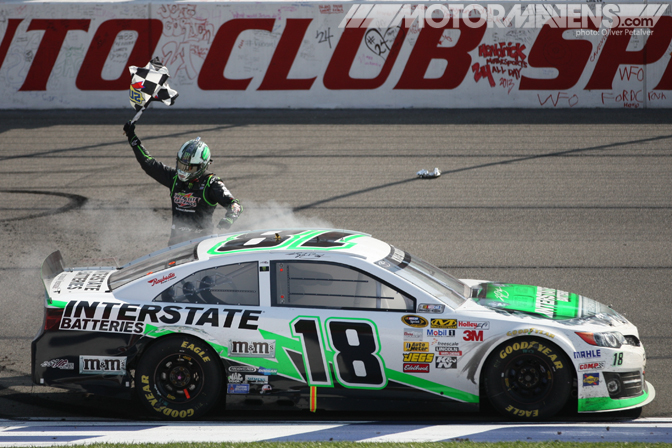 What’s 2000 feet long and has eight teeth? Prime seats at a NASCAR race.  Is this a stereotype? Southern California fans witnessed Kyle Busch, in the #18 Interstate Battery/M&M’s Toyota Camry, take the win at the NASCAR Sprint Cup Series Auto Club 400. “Everybody at TRD – we appreciate their support of course. Being right here in California – finally, finally we get the home win for Toyota.”

NASCAR was pigeonholed many years ago as a redneck, Southeastern cultural phenomenon. It still has some of that down home feel, but when you drop the Sprint Cup and Nationwide series into the heart of Southern California car country, it melds almost seamlessly with so much of the culture surrounding things that go vroom-vroom. 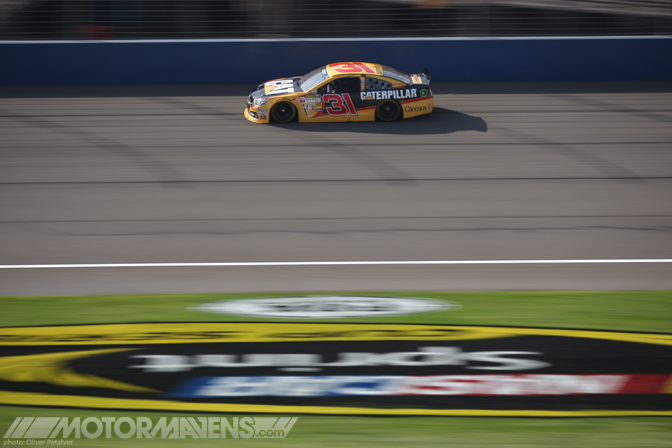 These cars are 100% ground pounder and the technology is evolving in lightweight-tricked out cylinder heads, adjustable fuel injection and safety measures that may have saved a driver’s life at the finish of the Auto Club 400 last Sunday.  Everywhere this circus goes, it is followed by international television, throngs of fans, groups of sponsors and marketers, acres of motorhomes, and a handful of drivers with determination to be a champion. 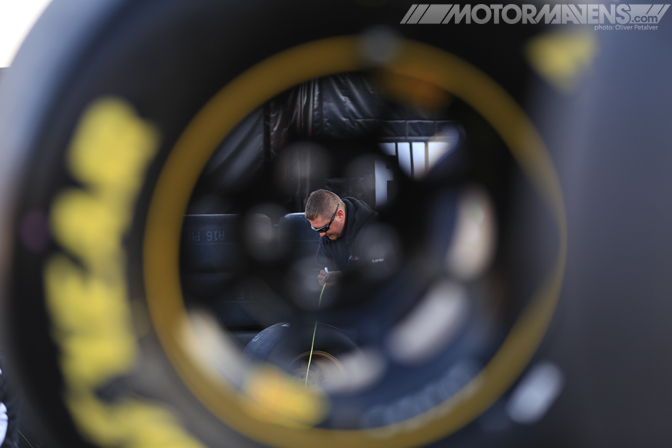 Consider NASCAR evolved out of the uncanny abilities of drivers who spent most of their time trying to outrun the police…  No, really!  Most of NASCAR’s original heroes cut their driving chops running moonshine (illegal grain alcohol) in the 1920s to the 1940s.  Not only were these guys phenomenal drivers who regularly escaped certain prison time, they were clever mechanics, who could tune a 1930s Chevy to outrun just about any municipal vehicle of the day. 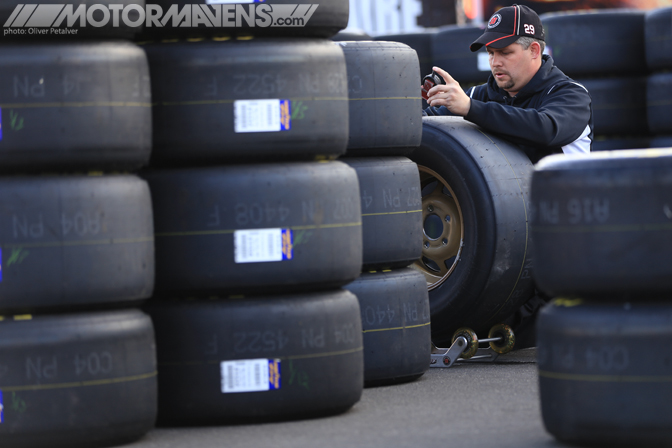 These guys were absolute characters too.  As Big Bill France – the late founder, patriarch and long time head honcho of the sport – began organizing these misfits into racing on dirt, beaches (yes, Daytona) and a few bullring speedways that began popping up – something developed from the original days that remains in the hearts of the faithful today: a cult of personality.

The drivers were always the stars in this series.  This may be why it has been so sustainable while other forms of racing have faded and new series have failed to gain traction in the hearts and minds of fans. 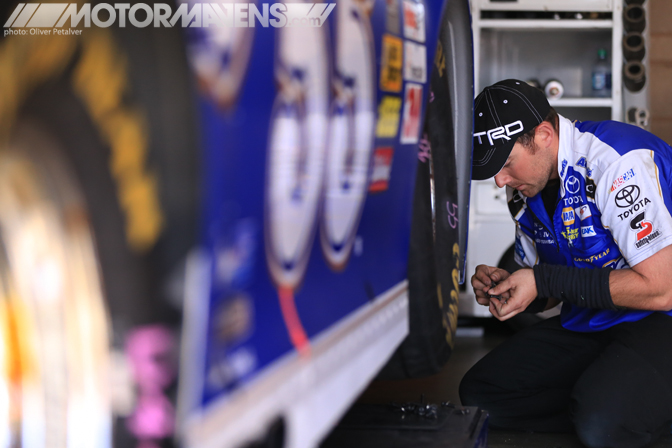 The typical NASCAR fan chooses a personality to follow – and that driver becomes a totemistic figure in the way that fan experiences a race.  Much like a baseball or football fan has a favorite team – with perhaps a few secondary faves. 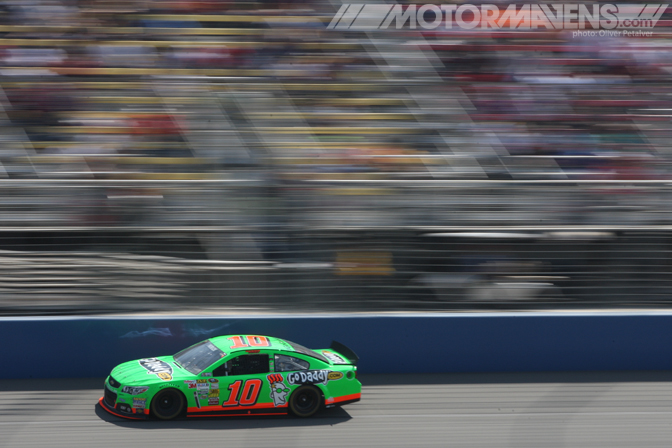 One of those new fan favorites is Danica Patrick – a transplant to the series from IndyCar and an anomaly, as she represents the fairer-sex in a what has traditionally been a man’s game. Sadly for the 2013 Daytona pole-sitter, set up problems with her Chevrolet put her 40th on the grid for the Auto Club 400.  In the end she fared little better – finishing the race in a distant 26th. 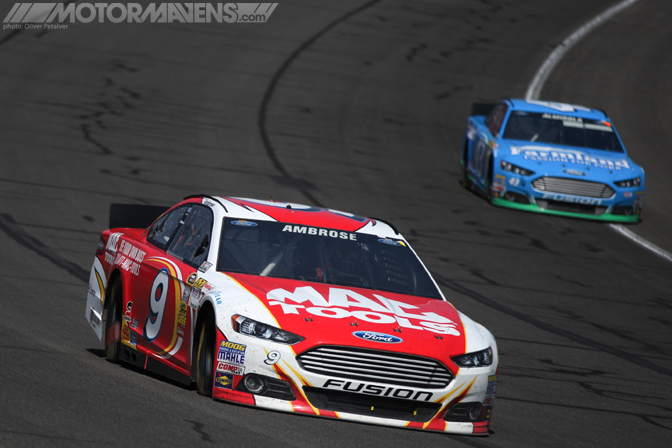 It wasn’t until 1979, when ABC broadcasted the Daytona 500 for the first time on live television, that NASCAR became a national pastime–and it is remembered for the third corner of the last lap with an ensuing brawl.  It was the brothers Allison, Bobby and Donnie, known as key players of the Alabama Gang, and Cale Yarborough. 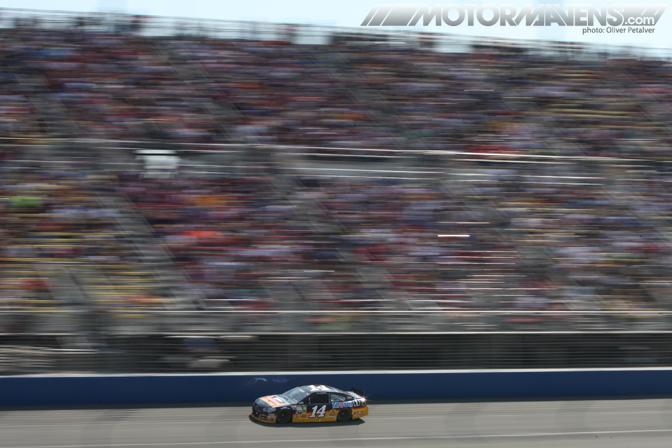 As the white flag waved over the last two and a half miles of racing – Yarborough trailed Donnie Allison by inches.  By the time the two got on the back straight of the legendary superspeedway Cale made his move.  He took an inside line and tried to get under Allison, who seemed to move over to block.  This pushed  the left two tires of Yarborough’s  into the grass.  The night previous, there had been heavy rain and the grass was muddy and slick.  As Yarborough moved to get back into the groove, the two touched, once, twice, then the third time sent them both into the outside wall at the enterance to turn three….  the two came to rest at the bottom of the track as Richard Petty held off Darrell Waltrip and AJ Foyt for his sixth of seven Daytona 500 victories. 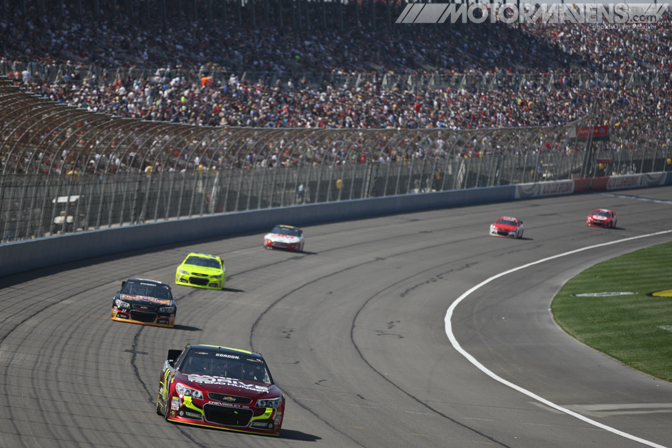 Donnie’s brother Bobby stopped and the three brawled like bikers in a bar – swinging helmets, fists, kicks… and mixed in the mayhem were officials scrambling to break it up – it is the moment that NASCAR took the national stage on live television and provided entertainment like no other for sports fans. 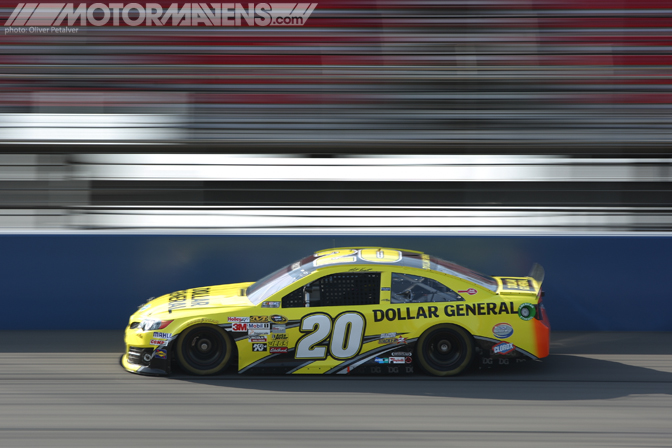 NASCAR itself is the National Association of Stock Car Auto Racing.  Once upon a time–the cars were, in fact, cars that were available on the showroom floor.   Today, while the body shapes and manufacturer-produced motors liken the cars to the Camaro, Camry and Focus you can keep in your garage–underneath, they are spec racing 850 hp machines that share little with anything that you can buy on Monday after a victory on Sunday. 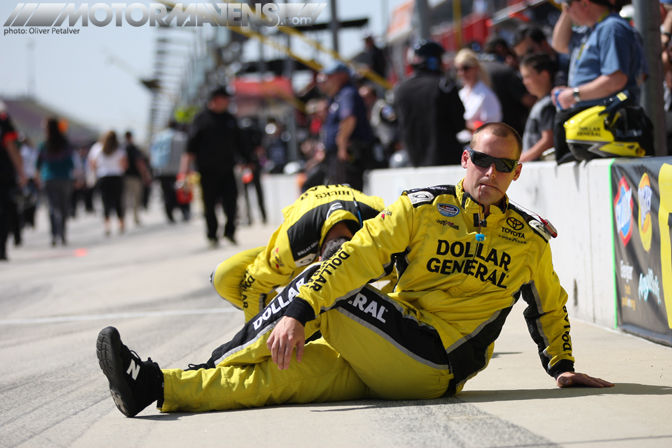 While the cars still run cast iron stock-block V8‘s and adjustable fuel injection–which replaces carbureted engines of only two years ago.  At the super speedways like Daytona, Talledega and Fontana, restrictor plates were incorporated to reduce airflow – ultimately slowing the cars for safety.  Now the cars have sealed and tagged fuel injection systems at a specific setting rather than restrictor plates and carburetors. 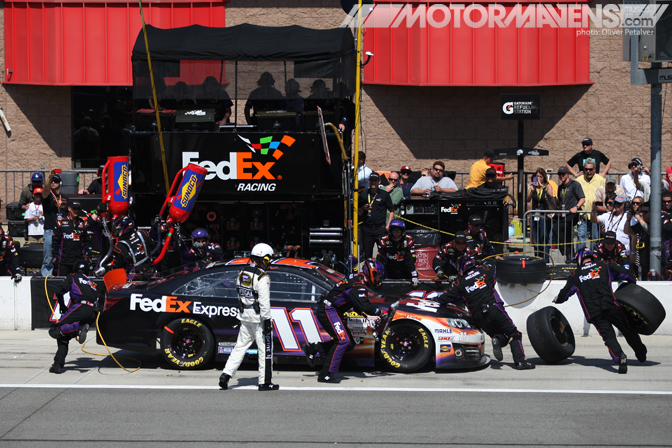 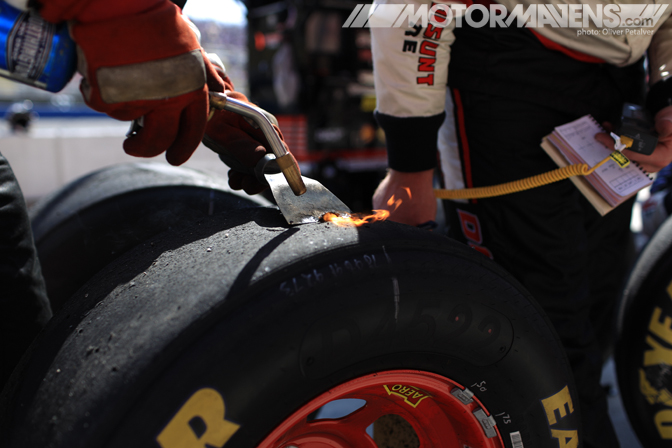 When a canted-valve opens it not only moves off the seat and straight down the cylinder, but towards the center of the cylinder bore. This uncovering of the valves allows for increased flow and improved filling and evacuation of the cylinders – ultimately creating insane horsepower. 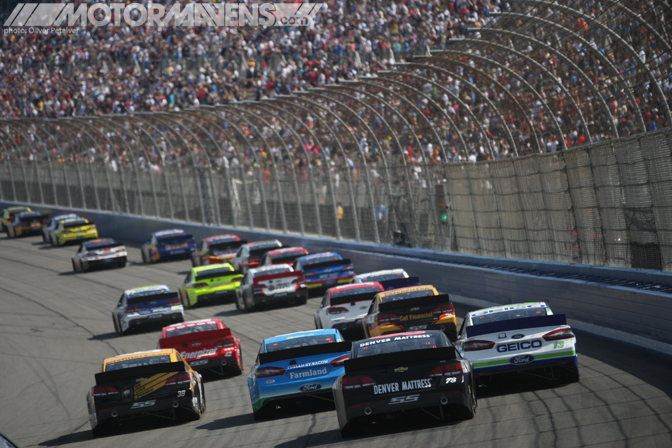 The budgets and staffs that it take to get a Cup car to the grid are as monstrous as the sounds 40 of these cars make accelerating to the starting line.   Furthermore,  the drivers have begun to make up an international grid representing places faraway from the southeast such as Australia, Columbia, Mexico, Germany – and California. 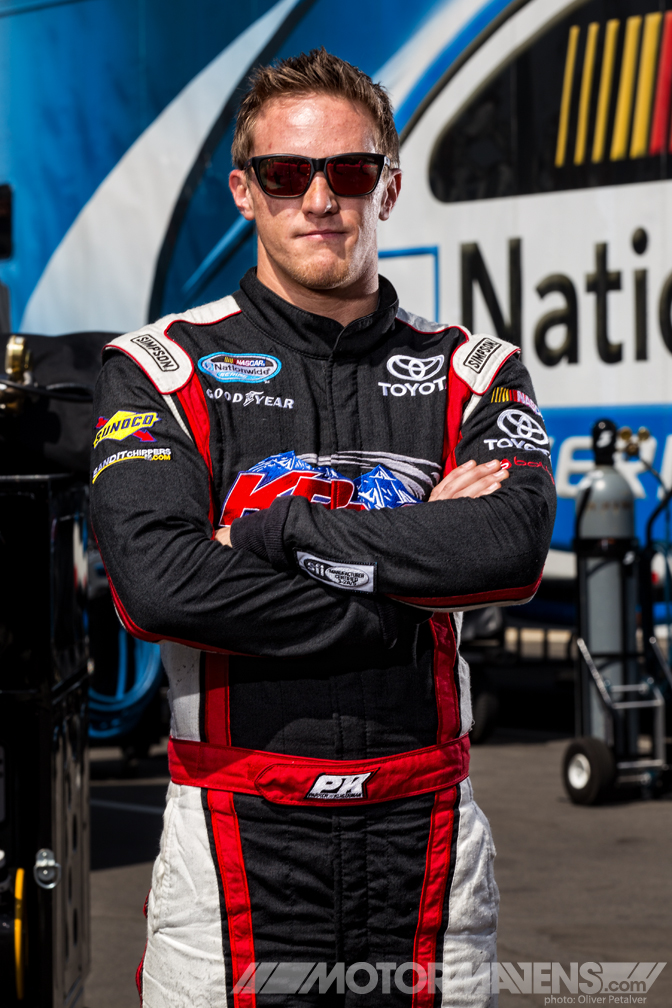 For all the noise and technology and safety that goes into building modern Sprint Cup racing cars, qualifying speeds did not exceed 190 mph around the 2.5 mile Auto Club Speedway.  This is something I found quite disappointing as the technology exists to run these cars in excess of 220. 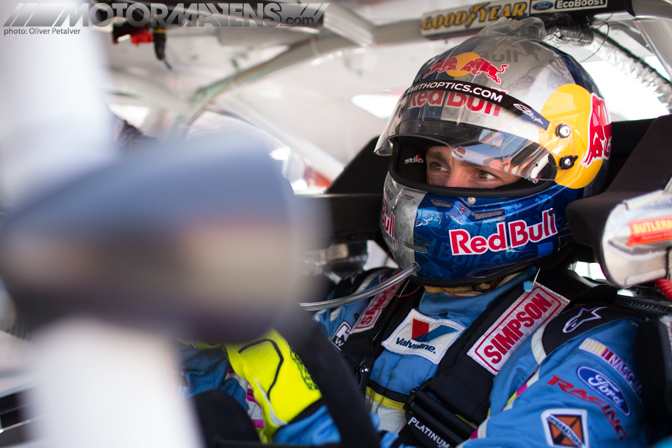 Undoubtedly the biggest moments of the Auto Club 400, not unlike that Daytona 500 34 years ago, was a last lap dice that saw the leaders crash out and an ensuing brawl from anger-crazed racers. 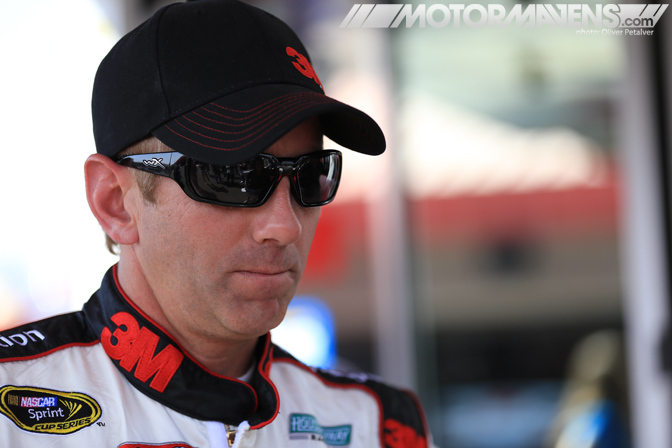 Like Allison and Yarborough so many years before, Joey Lagano and Denny Hamlin made terminal contact exiting turn four with the checkered flag in sight.  Hamlin however would not be in fighting shape as his Toyota hit the inside retaining wall head-on–an impact so hard, the rear wheels came off the ground. Kyle Busch went on to take the win. 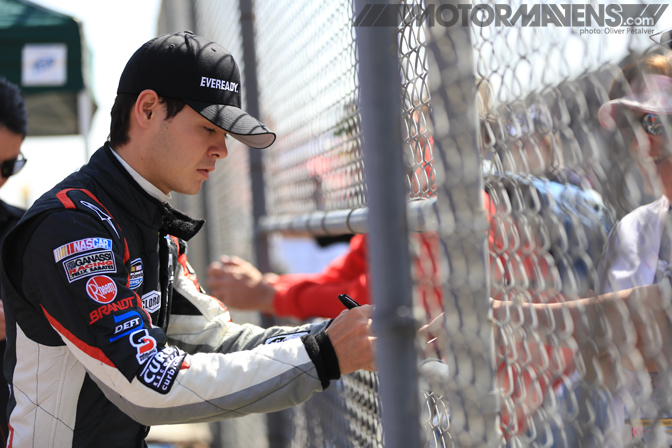 To say racing today is significantly safe: Hamlin suffered a fracture to his vertebrae–a terrible injury that will put the Cup favorite out for six weeks – but frankly would have killed him ten years ago. 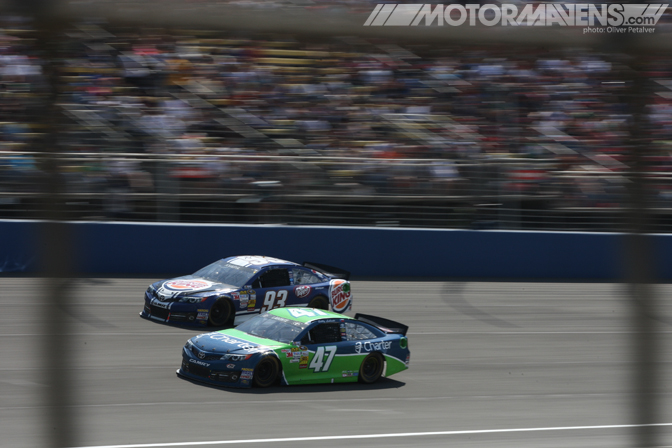 Lagano’s day didn’t end well either – in his fight at the front, he threw a block on veteran Tony Stewart at the last restart – which incensed the team owner/driver.  Stewart confronted Lagano at his car and once again, fists, water bottles and crew members rumbled. 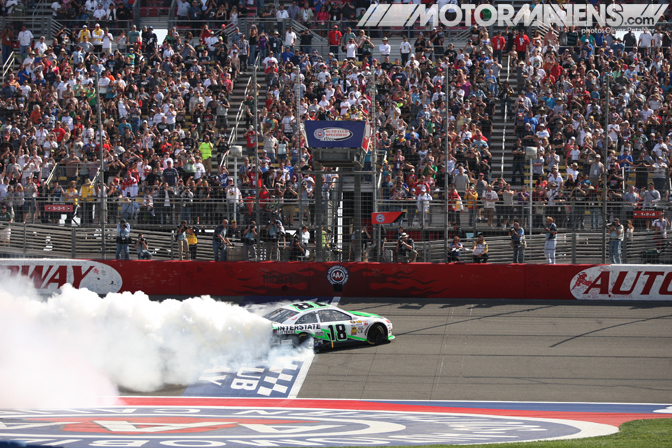 Seems aside from the cars and a girl on the grid, not much has changed… 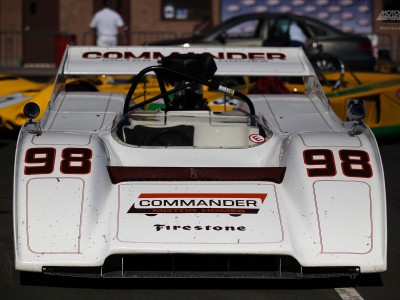 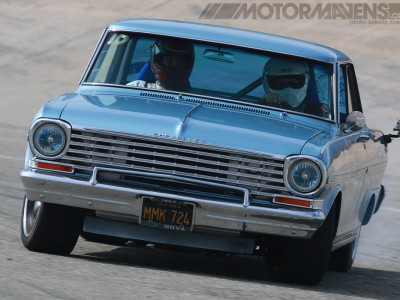