Home > Video > VIDEO> Demon Doorslammers from Down Under!

VIDEO> Demon Doorslammers from Down Under!

As Managing Editor of MotorMavens, I get to see a lot of really cool videos, images, etc from all around the world but, rarely does one just jump right into my lap like this one did. Through the miracle of modern technology, and the Facebook chat feature (thank you Mark Zuckerberg!), Adam Crellin contacted me from Sydney in New South Wales, nearly 10,000 miles (and 15 time zones!) away, to drop this drag racing gem from his team (Deno’s Racing) on me. Adam shot this video at the Sydney Dragway and at the Perth Motorplex at Kwinana Beach and it was his first time shooting a video. Ever. So, of course, I’m dropping it on you!

Now, I could probably list a million stats about these 3500hp (Yes. Thirty Five HUNDRED horsepower!), all carbon-fiber bodied, 1967 Camaro-based drag demons. I could tell you that they both have 17″ wide rear tires, 521 cubic inch Brad Anderson engines, three-speed air shifted Lenco gearboxes, PSI superchargers, and Murray Anderson chassis modified by Deno’s Racing and SCF Racecars. I could tell you that their team has one of the first “door cars” in Australia to break the five second barrier. In fact, these cars go from 0-200 in four seconds and they ran a 5.95 @ 246 mph in the quarter. I should also probably tell you that a “door car” is a racecar with functioning doors (unlike Top Fuel or Funny Cars) and they’re popularly referred to as “doorslammers.”

More than all of that, what I’d like to tell you is that Adam convinced me that Australian drag racing is full of true Mavens who do what they do for the love and the passion! Deno’s Racing has a six man team consisting of two drivers (Deno Brijeski and Ivan Skaramuca) and four crew members (Noel Parker, Andy Priestley, David Orr, and of course – Adam Crellin). Noel is the crew chief and he’s also Adam’s step father who, Adam tells me, is completely responsible for Adam’s love for cars and racing. They sometimes travel as much as 8,000 km (nearly 5,000 miles!) between races, they often spend as much as 19 hours straight on a race weekend stripping, rebuilding and testing the car – and they don’t get paid. Passion breeds dedication and defines a Motor Maven!

Adam would like to thank SCF RACECARS, Brad Anderson Enterprises, Parker’s Performance, Frank Mamone and Five Star Transport – and, of course, all of their fans!

I have one more thing to say. Can you believe that this was the very first time Adam made a video? Somehow, he managed to take an entirely new approach to making a drag racing video. Maybe we should recruit this guy!  hmmm… 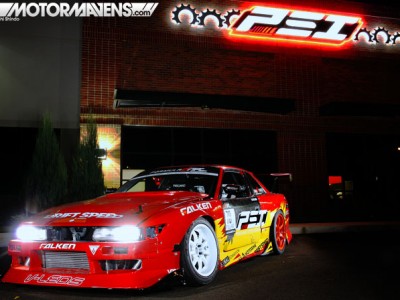 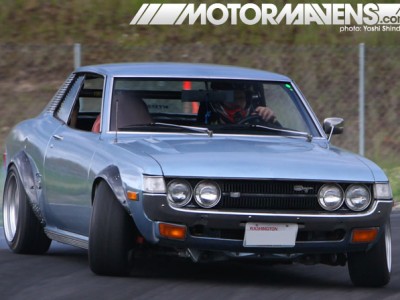 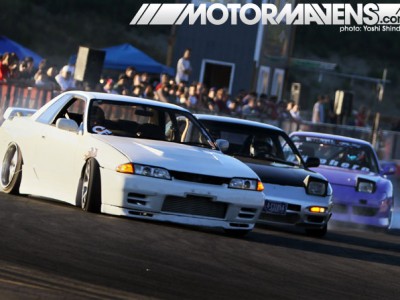