YAER Productions is on a quest to conquer the world. Check out this Formula Drift Long Beach edit from Ryan Davis. It features some close up footage of what it’s like to be at Formula D Long Beach on the night before the event, and also behind the scenes footage of the starting grid!

“Long Beach this year was awesome!!

I drove down with my good friends Chris and Sully to basically document the event, work for FD, and have a good time.

So, as usual we walked the streets, late at night looking for trouble… And of course we found some.

I threw this video together from the footage I didn’t use for FD. I wanted to show the track the night before, but also to show a walkthrough of the track. Some don’t know how large this track really is, and that it is on the actual downtown streets of Long Beach.

Thankfully YAER sponsored driver Walker Wilkerson walked me through his run, so that gave me a better idea of what to shoot..

I tried my best to match colors, look etc… It turned out pretty crispy. Keep an eye out for upcoming event coverage from YAER. 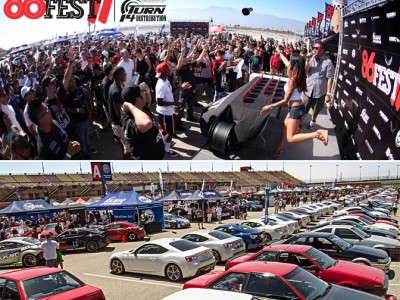