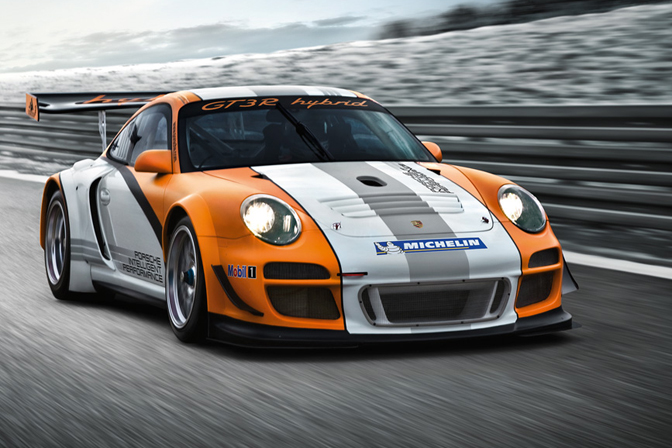 Porsche has been at the forefront of hybrid technology development since long before any other car makers, which is why Porsche’s unveiling of the GT3R Hybrid racecar at the Geneva Auto Show this past month (along with its announcement of the car’s participation in the 24H Nurburgring race this May) came as no surprise to me.

While researching this new GT3R Hybrid, I stumbled upon some interesting facts. For example, this isn’t the first time that Porsche has toyed with “green” technology. Over a hundred years ago, Porsche’s founder (Ferdinand Porsche), began his automotive career by making electric hubs that were later put into the wheels of horse carriages. In 1900, Porsche unveiled his hub motor design at the World’s Fair in Paris. Most people thought at the time that an electric driven carriage would be an epic fail. (But they didn’t say it in those exact words, LOL) Little did they know that what Mr. Porsche was doing would become a precursor to another “green” technology in a century or so. 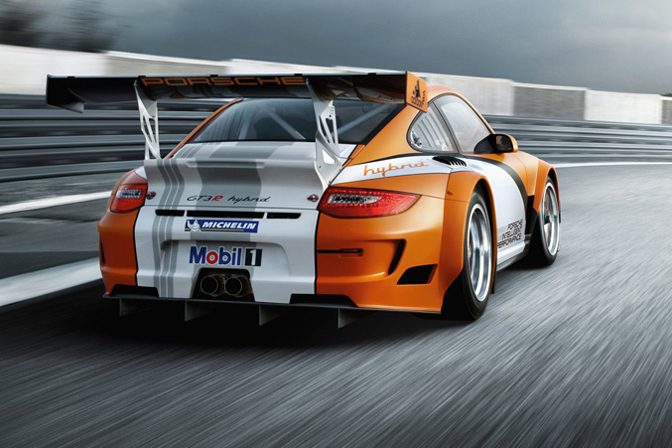 The hub motor, as the name suggests, is built into the hub of the two front wheels and drives the wheels directly rather than a single motor driving all four wheels. At the time, the electric horse carriage ran on two batteries and a generator, which produced just enough electricity to propel it to 56kph (35mph). Keep in mind that this was 1900, and electricity was still a relatively new technology. This represented a truly monumental step in automotive technology – a step which would have major implications one hundred years later for modern hybrids.

The term hybrid is being thrown around a lot these days, but in this case, this car represents a new kind of hybrid. It is the result of a trickled downed technology that is very similar to that of the KERS system used on F1 racecars – with a bit more refinement. 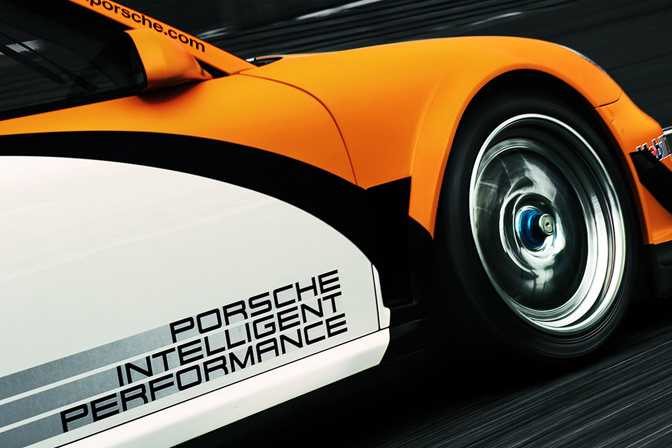 In addition to the 480-bhp 4-liter engine powering its  rear axle, the GT3R Hybrid has two electric motors for the front axle; each one capable of delivering 60kW to the two front wheels. However, instead of powering the electric motors with heavy batteries that might weigh down or upset the balance of the race car, the 911 GT3R Hybrid will have an electric flywheel power generator. Pretty crazy. 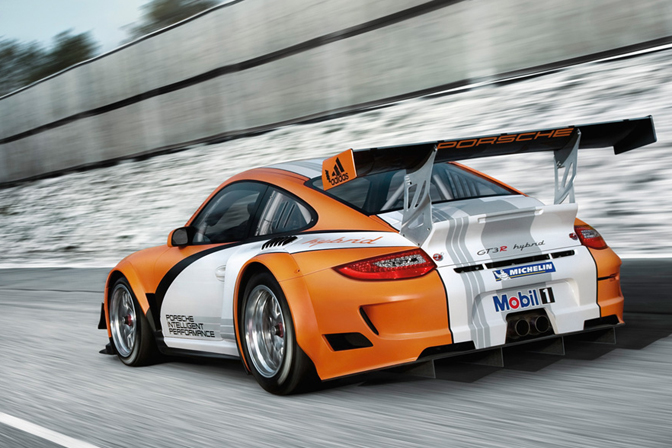 Despite their entry in the Nurburgring event, Porsche is under no illusion that the hybrid racecar will actually be competitive. In a press release Porsche said, “The focus is not on the 911 GT3R Hybrid winning the race, but rather serving as a spearhead in technology and a ‘racing laboratory’ providing know-how on the subsequent use of hybrid technology in road-going sports cars”.

Check out this video of the GT3R Hybrid in action as Porsche gives you a peek into the inner workings of the technology. They show everything from the electric motors recovering the lost energy during braking to the driver hitting the red boost button. Trust me – it’s EPIC. But, will this technology eventually trickle down to road going cars? We shall see.